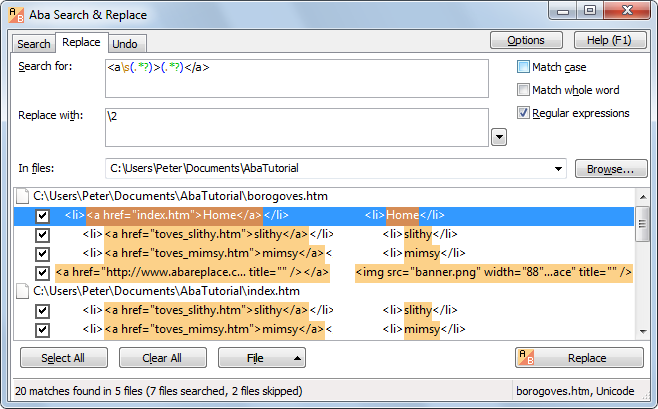 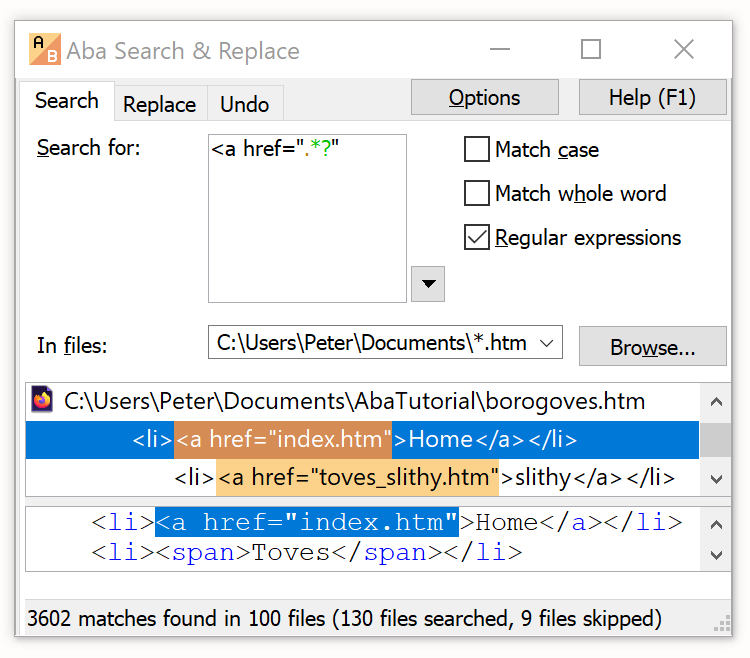 Replacing text in several files used to be a tedious and error-prone task. Aba Search and Replace solves the problem, allowing you to correct errors on your web pages, replace banners and copyright notices, change method names, and perform other text-processing tasks.